Parivartan agitates for the Right to Information[continued]

They decided to focus on five small doable areas. They also distinguished between mutual corruption and extortionist corruption. "When two people agree and indulge in give and take corruption it is very difficult to fight it. On the other hand, most people are routinely extorted for small, important services like getting the refunds that are their due, getting a PAN number allotted, getting authorities to act on appeals won etc. We decided to begin here." 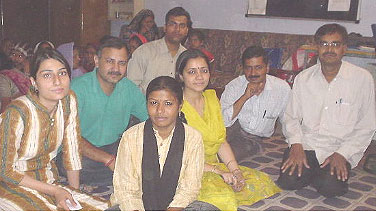 
With Kejriwal prompting from the wings, a Parivartan team called on the Chief Commissioner of Income Tax. They presented a couple of simple suggestions to bring in transparency: for each application for a service, let there be a serial number, let applications be processed only in a strict queue and let the queue be published. In other words, remove the power of random picking. The Commissioner seemed open to the suggestions. Parivartan then publicised all over Delhi asking citizens not to pay bribes but to approach Parivartan with their applications which will be processed transparently in a queue. They collected 400 such applications and went back to the Commissioner.

The fight in the corridors:

They found he had turned hostile. He berated them for putting up banners and slogans that implied that his department was corrupt. He then asked the Parivartan team to leave. They did, but not to disappear. Instead, they petitioned the Public Accounts Committee, the Vigilance Commissioner and Manmohan Singh, a politician of renowned honesty. Under pressure, the department cleared the 400 applications- and promptly went back to its old ways.